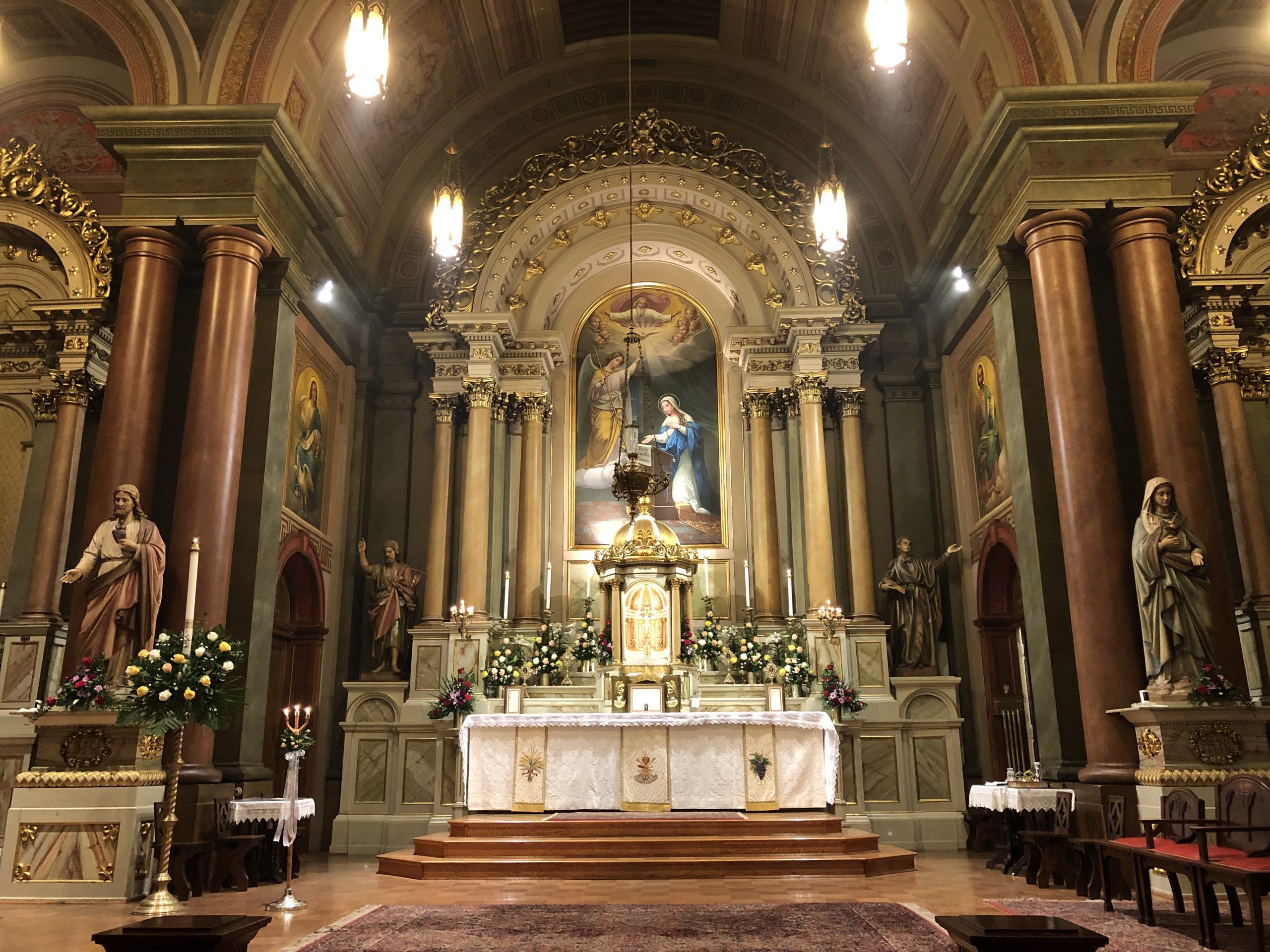 At Old Saint Mary’s, the sacred music apostolate seeks to combine the rich heritage of Catholic music from the medieval, renaissance, baroque, classical, and romantic periods of music in the more “modern” context of the Mass of Paul VI.  Below, you will find musical descriptions of the parish’s Masses.

At this Mass, one can experience music almost entirely in Latin.  The Oratory Schola Cantorum chants the propers of the Mass (Introit, Gradual, Alleluia, Offertory, and Communion) from the Graduale Romanum, the official music book of the Roman Catholic Church.  The congregation joins the choir in the singing of the Ordinary of the Mass (Kyrie, Gloria, Creed, Sanctus, and Agnus Dei) using one of the chant settings of the Kyriale Romanum.  These chant Mass settings change seasonally, as directed by the Church’s rubrics.

On various Sundays and on special feasts of the Church year, the Ordinary is sung to a setting by a major composer of the renaissance, baroque, or romantic periods.  All Sundays and feasts also include motets or special anthems, sung by The Oratory Schola Cantorum.

Organ music at the prelude, improvisations during the Mass, and the postlude are provided weekly (except during Advent and Lent).

At this Mass, one can experience music entirely in German.  Old Saint Mary’s has maintained the tradition, albeit in a modern adaptation, of the Deutsche Singmesse, or German Sung Mass.

Hymns from the German-speaking hymnal, the Gotteslob (2013), are sung by the congregation at the procession, Kyrie, Gloria, Gospel, Offertory, Sanctus, Agnus Dei, Communion, and retiring procession.

Organ music at the prelude, improvisations during the Mass, and the postlude are provided weekly (except during Advent and Lent).

The culmination of Sunday prayer is with the Church’s daily evening prayer, called Vespers.  Each Sunday (mid-October through the last Sunday in May), the members of The Cincinnati Oratory, along with all those who wish to attend, chant second Vespers of Sunday according to the Liber Usualis 1962.

This service of evening prayer is sung entirely in Latin.  There are Latin-English editions of the chants at each of the entrances of the church for the faithful to follow along.

Sunday Vespers is a wonderful way to “keep holy the Sabbath,” as the Lord commands.

We hope you will join us and sing heartily!